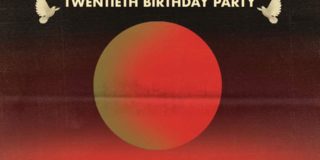 As a thank all the people that have partied with us over the years we’ve decided to throw 3 parties.

The first is a FREE party at our resident club, La Cheetah. 💥

The club has been based in a few venues such as Soundhaus, The Arches & The Riverside club. All gone now and greatly missed.

It’s been an amazing journey. A some incredible highs and a few lows. We’ve met the most amazing people and are core club are just a group of friends. Still putting on parties like we did 20 years ago that hopefully people enjoy. ❤️

The massive “Let’s Go Back to the 80’s” club came out of La Cheetah as well as Acid, Disco & Rave nights

Let’s Go Back has changed over the years and now we play as much new music as old.
But the idea of the club remains the same. We are an Acid House Club.

With that in mind we thought long and hard about what we would do to mark the occasion. Since we’re essentially residents club we decided against guest DJ’s as ££££ Entry didn’t seem right.

So we’ve decided to run a couple of free parties and raise money for The Glasgow Food Bank.
We will be talking bags of food as well as donations,