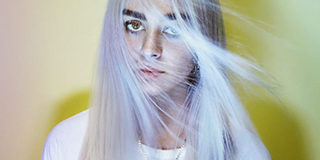 After listening to a few of Iona’s online mixtapes we felt it was only right to give her a warm Glasgow welcome in celebration of our 4th year of doing Renegades of Funk.

Her eclectic style seduced our ears and hearts and we are blessed to host her La Cheetah debut.

If you’ve spent time as a London raver you might know iona’s face already. She has been a cog in the underground club scene for many years, working at Dalston’s legendary Dance Tunnel and ultimately crossing over into the DJ booth to play a standout set at the club’s closing party in 2016. Shortly afterwards iona appeared as a guest on Dan Beaumont and Nadia Ksaiba’s Rhythm Connection show on NTS, and more radio appearances would follow including mixes on Balamii, Rinse FM, Radar, Lisbon’s Radio Quantica and Amsterdam’s Red Light Radio.

Playing everything on the spectrum from dreamy syrupy acid and leftfield house to peak time electro and breakbeat bangers, iona creates an ever-changing blend of Tunes To Make You Dance, from the beginning of the night to lights up or sunrise. With fun firmly in the crosshairs, things gathered a natural momentum and the past couple of years have seen iona play for a number of esteemed UK promoters and labels (Make Me, Rhythm Sister, Femme Fraiche, The London Loft Party, Cut Some Capers, Feelings, Tessellate, Lobster Theremin, Percolate) across some of London’s most exciting venues (Rye Wax, Corsica Studios, Dalston Superstore, The Yard, The Cause) as well as performances in unconventional dance spaces such as forests, abandoned warehouses, an empty school and a sprawling housing co-op. Finally, a dusting of festival bookings (Bestival, Field Maneuvers, Peckham Rye Music Festival) and gigs in Lisbon and Albania have helped to cement an already strong reputation as a DJ.
Nowicki & Alshy

We hope to see you there! 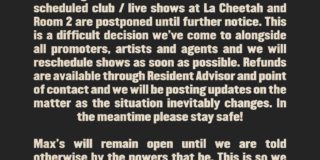