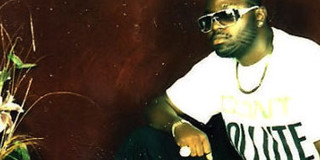 
Hi Farley, how are you? Did I wake you up? Sorry!

Yeah, I was knocked out man. I’ve been in the studio just trying to get stuff done, in between flights and doing other work at the same time.

Well, thanks for talking the time out to do the interview! The night you’re playing at is part of a series focussing on the House Sound of Chicago. I know you’ll be present for the screening of the Pump up the Volume documentary ahead of your set. Looking back at those early days of house music, what stands out?

It was surreal. You really couldn’t put your finger on it. Even now I have to pinch myself to make sure I’m awake. It’s like one day you could wake up and it’s not true. If we’re really honest, it all started from messing about. You really can’t repeat it. It was so innocent. You first started doing something and you had no intentions of ever going overseas. You never really saw yourself out of the club you worked in or being with the peers you were around, travelling the world and taking music across the pond.

I remember being in London around 88 and going into a record store. There were kids coming into the store asking for acid records but they couldn’t tell them the name of the song because none of the songs had any words in them. They were going into the cellar and saying, ‘gimme the song that goes [imitates 303 acid line]’. The guys in the store would say, ‘hey man, what are you talking about? Look up on the wall. I’ve got a hundred records up there and any one you choose will sound like that.’ So Maurice Joshua was brilliant to just say ‘This is acid!’ [Laughing]. It outsold every record on the wall because of that.

How does peoples’ appreciation of house music differ in Europe to the US?

It’s always been a bit different here because the people in power, such as MTV, BET, VH1, didn’t embrace house music. Radio embraced it through the mixes and obviously through what we were doing with the Hot Mix 5. The radio show took it to millions of people. You had people like Derrick May coming to Chicago to give me his music. We broke the Detroit sound in Chicago before it had even broken in Detroit. Our radio show controlled so much because we were the output for every genre of dance music, including the Italo stuff coming out of Italy at the time. So it was a different scene for us. You didn’t have to leave Chicago because the city is so huge. We could DJ forever and never DJ at the same club twice in a year.

New York was more into a garage sound and when house finally hit over there it was huge in New York City, New Jersey and then in some places in LA and Baltimore. Then you had the college kids who would take their cassette decks to their schools. They really were the disciples of house music. They took our mixes, recorded from the radio, and planted the seed in various cities that allowed us, the Hot Mix 5, to travel and DJ at different college campuses. It was very underground. It was never commercial in the States.

What are your thoughts on the changes in the way music is produced now, with so much being done digitally on computer software?

I saw Brandon Block in the airport when I was coming home last week and we were both talking about that. I reminded Brandon of everyone who came up in the house genre when we began. We used to walk into the studios with a drum machine and a keyboard under our arm. These were big SSL studios that had live drumming rooms, a room for an orchestra, strings, and guitar players and so on. We came in and changed the whole way people did music electronically and the studio musicians wanted to boycott the studios. That wouldn’t have done much good because all of the music was coming from the electronic guys. We changed the face of music. So, when you think of today, we have to embrace change. It is a double-edged sword but it was that way we when came in too. Most of the real musicians were out of business because we were making minimal music when we first started producing house, not songs. Then we moved into producing tracks like “Love Can’t Turn Around” and that became the future of house music. We started making vocals records. We’d bring a singer into the studio and have them actually sing a song and try and orchestrate as best as we could. We weren’t really trained musicians at the time. That’s why the music was so minimal at that time.

How do you feel about the kind of house music that’s being made nowadays and the different genres that have emerged as offshoots of that?

I actually embrace it because people had to embrace our change when we came in and turned disco into house music. So many of those people who made disco music probably wanted to get a gun and shoot us for being so close their genre and then re-naming it something else, because we used heavy electronic machines in the way that Giorgio Moroder and the Italians were already doing. At the end of the day, everything is based on naming it something. For instance, when Good Life first came out, it was definitely not a techno record, it was a house record. But because someone called it a new genre, it took away from the sound that was actually created in Chicago. Now Detroit has its own sound. They went in even harder to create a more Detroit specific sound by using fewer instruments.

As your career has progressed, you’ve focussed a lot on gospel house and I know religion plays a big part in your life.  Can you elaborate on that aspect a little bit?

Gospel house is just a sweet way to describe what people have called ‘inspirational’ house over the years. Once it was given the title ‘gospel house’, people reached for their spiritual side to incorporate that into the music. It meant everything to me to realise that if I could inspire somebody by saying a swear word on a record, or making a derogatory record, I should be able to do the same thing spiritually. We have a thing called free speech. You can say whatever you want to say over a track and it’s up to people whether they embrace it or not. I made a conscious decision that I wanted people to hear my spiritual side, because everybody has that side to them. It was so important for me to get across that we have to embrace that in times such as these. It’s almost like being a prophet musically; to be able to give people something to aspire to in the songs. You’re telling them that it’s going to be alright.

La Cheetah Club is quite a small, intimate venue and this can create a real bond between the DJ and the crowd. How does this kind of environment feed into the kind of sets you play, if at all?

I really love the intimate setting. I don’t call the people that come to the club my fans; I see them as my friends. The only hiccup that there can ever be in a small venue is that when you’re working and people are overjoyed and they want you to know it, you can get a few that are over the top when you’re trying to play. Sometimes you need to be able to breathe to perform for the people and give them all you can.

For the two hours or so that I’m going to play, I almost feel like I’m cheating the people. I feel I have so much more that I want to give to them. To fly all the way from Chicago to Scotland, you want to give people the best music of your life when you come. Sometimes it seems like it should be an 8 hour set and people rest up for a couple of weeks beforehand. When you come out, just be ready to feel pure ecstasy in the music. Not the drug, the music. The music has always been a blessing and it gives people somewhere else to go mentally, spiritually and physically.

Coming from an old school radio DJ background, and having broadcast on Chicago’s WBMX-FM in the early years, you have always been comfortable getting on the mic during your sets. How important do you think it is to interact with crowds in this way?

I wish every DJ would do it because it seems that DJs that don’t talk on the mic end up being posers. I feel like when you talk on the mic you connect with the people. Your personality comes out over the mic when you speak to them. They get to know more about you because ‘out of the abundance of the heart, so shall you speak”. Whatever I’m bubbling about in that room, as I’m seeing people swaying and going back in forth with the music, I want to let them know that I appreciate them as we get on together in the music.