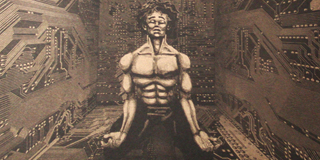 
Bonds was an early collaborator with the likes of Kevin Saunderson and Inner City and was responsible for a series of excellent mixes under the name Marty Hardy. His own work as Reel by Real has been given a new lease of life in recent years, after 1991’s incredible Surkit EP was re-released in 2010.

We wanted to take the opportunity to publish a rare interview with Marty ahead of the performance as part of the Metroplex Live show. At very short notice, he kindly agreed to answer some questions via email.

If we could start by talking a bit about your own music, I was wondering how you came to start producing. What were the main influences on your work in those early days?

I started producing tracks at around the age of 13 with my brother Brian and two other lifelong friends. We would cover The Police and I would try to program a drum machine with little success – Stewart Copeland is bad mothafuc***. I was very interested in electronic instruments. I was influenced by Bernie Worrell and a host of imports like Telex, New Order, Kraftwerk, Moroder, the Sheffield era, Ska and much more.

The techno movement in Detroit really took off in the late 80s and early 90s and you were a frequent collaborator with the likes of Juan Atkins, Kevin Saunderson and Derrick May. Can you describe what it was like to be involved during such an exciting period for electronic music?

Those are some my fondest memories. The fact that these guys had taken the step of actually putting records out, as opposed to me making tracks just to play in my car, or taking a 1/4” tapes to Derrick May to play at the Music Institute was great. Releasing it on vinyl was exciting. I learned a great deal from each of these guys. They actually showed me how the rest of the world was more willing to have an open mind toward this music. In the 90’s I would come home to Detroit from Europe or Asia, working with Inner City, and folk in Detroit would say ‘what is Techno again?’ I learned from my friend Shake to respond with, ‘buy my record and find out’.

Your Surkit EP, as Reel by Real, is rightly recognised a true classic from the early Detroit era. It was given a re-release in 2010 by A.R.T.less. Are you finding that your music is reaching a new audience among younger music fans as a result?

Yes. I get a lot of positive feedback on Facebook from younger listeners.

You also released Surkit Chamber – The Melding through A.R.T.less in 2011. Did you find it was easy returning to production? Are there any differences in your approach to making music nowadays?

I never left production. I just went back to doing it at my leisure, until some people showed interest through the web. I still approach production with an outboard gear mindset in the software world. Maybe that’s why I am so slow.

What’s on the horizon for you, as far as production is concerned? Can we expect any more Reel by Real material to emerge?

A new Reel by Real 12”, entitled Karma, should be out soon on the Mojuba label.

The Motor City Electronics series at La Cheetah has celebrated the rich history of electronic music from Detroit over the years. Can you tell us about the city’s influence on you and what you think makes Detroit the city it is?

The people are what make Detroit what it is. You either work for a living or you hustle the best you can. A lot of the white folks with money moved out and took the money with them in the late 60’s and 70’s. So, 40 years later, some of the money (through businesses and jobs) is coming back to downtown Detroit and we are waiting for it to spread to our neighbourhoods in the form of education and employment. Since the town ain’t exactly an entertainment mecca, you have to occupy yourself with something constructive like programming synths and drum machines.

With the Metroplex Live Set on the horizon, can you tell us about how you came to be involved and maybe give us a hint about what the live setup will be and what we can expect from the show?

I got a call from Juan and he asked me to help put the show together and that was it. The rest is a trade secret. LOL. We are using Logic 9 [software], with a few controllers and one of my favourites, the Mopho [synthesiser]. It’s an honour to be involved and a lot fun throwing insults at each other, just like the old days! I really do enjoy it.